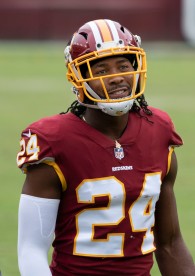 BUFFALO, N.Y. – With the waves of the NFL free agency dying down, it provides a great window for us to look back at the moves the Bills GM Brandon Beane and company made this offseason to bolster the roster ahead of the 2020 NFL Draft and the upcoming season.

The Bills acquired WR Stefon Diggs in a trade with the Minnesota Vikings. The Bills gave up a package of four draft picks, including the 22nd overall selection in the 2020 NFL Draft, to acquire Diggs and a 7th-round pick in this year’s draft. Diggs is coming off back-to-back seasons where he posted 1000+ receiving yards. Diggs’ specialty is catching the ball when he’s not open. According to Pro Football Focus, contested catch rate (61%) is the best in the league since 2017. The Bills snagged a receiver that fans should be excited about, if they weren’t already.

The first signing the Bills made this offseason was when they signed CB Josh Norman to a 1-year deal worth $6 million. Fans know Norman as the best cornerback on the Carolina Panthers team that played in Super Bowl 50. That season Norman was named First-Team All-Pro and selected to the Pro Bowl. The defensive coordinator of that team was Bills HC Sean McDermott. McDermott and Bills DC Leslie Frazier will look to help the 32-year-old regain that form and put a rather forgettable four-year stint with the Washington Redskins in his rearview mirror.

The Bills made a flurry of signings to bolster the defensive line. Both DE Shaq Lawson and DT Jordan Phillips elected to sign with the Miami Dolphins and Arizona Cardinals respectively, thus leaving the Bills with a hole in the trenches. The Bills signed DE Mario Addison (3 years, just north of $30 million), DT Quinton Jefferson (2 years, $13.5 million) and DT Vernon Butler (2 years, $15 million). Addison has at least 9.0 sacks each of the last four seasons. The only other player to do that in the NFL is Cardinals DE Chandler Jones. Both Addison and Butler have the Carolina Panthers connection like the aforementioned Norman. Jefferson spent the first four years of his career with the Seattle Seahawks. Accroding to Pro Football Focus, he has experience playing at different positions on the defensive line, which is a huge asset on the defensive line. All three will complement DE Jerry Hughes and DT Ed Oliver this season.

All contract details via spotrac.com

All pictures by Keith Allison. Licensed under CC BY 2.0.