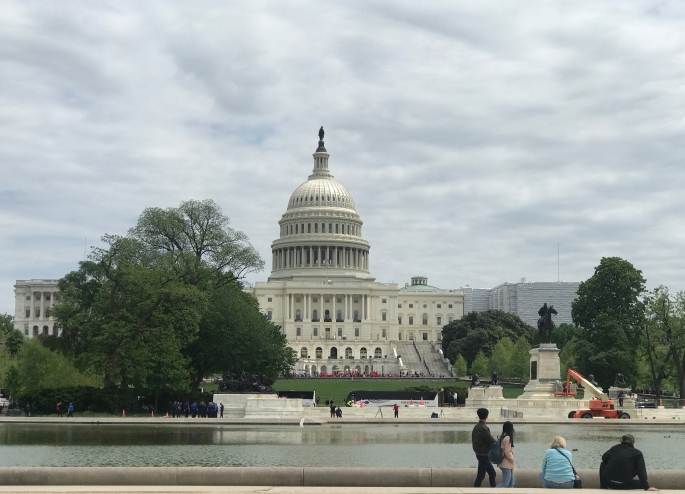 By: Sarah Rance and Sadie Newcombe

NIAGARA UNIVERSITY, N.Y.- We as members of this nation should be ashamed, appalled and furious due to the unprecedented events that have unfolded in Congress over the last few weeks. For those of you unfamiliar with what has been occurring in the House of Representatives, a freshmen congresswoman and rising star of the Democratic party, Katie Hill, resigned after having nude photos released without her consent. The photos were first published by the conservative website, RedSlate along with allegations that Hill was in a relationship with two staffers, one a female campaign staffer and the other a male congressional staffer. Important to note is that Hill denies that she was aware of the photos being taken and further denies the allegations that she was in an intimate relationship with a congressional staffer, which would be a violation of House rules.

Katie Hill did not break any Congressional rules. She was never accused of sexual abuse, instead, she was slut-shamed out of her well-earned Congressional seat. She did not leave because of any wrong-doing or fault of her own, she’s leaving because of a misogynistic culture that would rather see a woman fail than hold a position of power. Hill puts it best in her final speech as a congresswoman:

“I am leaving now because of a double standard … I am leaving because of a misogynistic culture that gleefully consumed my naked pictures, capitalized on my sexuality and enabled my abusive ex to continue that abuse, this time with the entire country watching.”

Had she been a man, this scenario would have played out far differently. To begin, there have been several allegations against men, in every branch of government, who remain unscathed. Even President Trump has been accused of everything from unwanted advances to rape, yet he remains in his position and is planning to run for a second term. Supreme Court Justice, Brett Kavanaugh, is another example of a man who made it to a powerful position even after being accused of sexual assault. One thing is evident: forgiveness is not evenly distributed among men and women. When a man is credibly accused of sexual abuse or misconduct, we give him a promotion, but when a woman self-admittedly has an error in judgment, as in Hill’s case, her career is robbed from her.

This goes beyond Katie Hill. This toxic culture is what discourages women from running for office. While women are winning elections at the same rate as men, they do not run for elections at the same rates, contributing to the underrepresentation of women in Congress. Despite the fact that nearly 51 percent of the American population is female, this is not reflected in the 25 percent of seats held by women in Congress.

Katie Hill’s tragic story should serve as a catalyst for change. Women need to continue to run and change this male-dominated institution from within. The next time this happens, which it is bound to, we need to be prepared. Hill’s unfortunate demise does not have to be the next women’s fate.