Since last year, Metz Culinary Management offers a “halal” menu for Muslim students. The word halal is translated from Arabic as  “permitted” which is opposite of “haram”, meaning “forbidden.”

According to Islamic standards, foods consisting of pork and alcohol are forbidden. For the meat to be permissible, the slaughtering process must done in the name of the One God.

Last year, Muslim students of Niagara University approached Metz administration with their request to have meat options which satisfy their religious practices. The administration accepted the request and Metz established halal food section at Dining Commons. 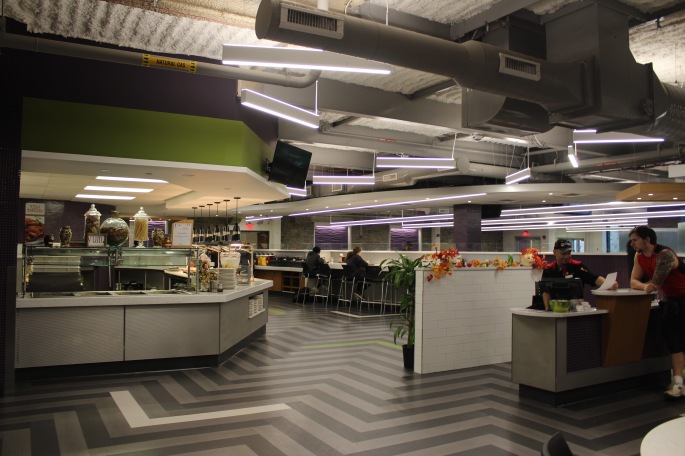 “If it’s available to me, I can make it available for them,” regarding the request of Muslim students. He also noted that students can be comfortable with the food since he has gotten certificates proving that the slaughtering process met all ritual requirements.

Sevval Aydin, a senior Psychology major student at NU, was among the students who addressed the Metz administration to start the halal section.

“ I always felt uncomfortable about the fact that Muslim students adopted the idea that it’s impossible for them to have food prepared according to their values on campus,” Aydin said.

“ I am happy to see that Metz have proved that it is possible. In our country, there are various different diets people specifically feed on like vegan, vegetarian, Kosher etc. Considering NU’s diverse campus, halal food should be among these, at all times.”

Last month, Metz decided to remove the halal label and included some of the halal food among vegan and vegetarian sections since these also qualify the needs of Muslim students. The reason for the removal of the label was that the majority of non-muslim students would not consume anything from the halal section, because they thought that only Muslims can consume that type of meat or food.

“A lot of students from either other countries or even America do not understand what halal is,” Renda said. “Truthfully, beef is beef; chicken is chicken. The only thing that is different about it, is the way it is slaughtered.”

Renda states that halal food is available for the whole campus community and encourages all students to feel free to consume it.

“By tasting it you will understand what is it about,” he said. “Always give it a chance to try it out, before believing it is not good for you.”