NIAGARA FALLS, N.Y. – On April 28, Campus Programming Board(CPB) and Niagara University Student Government Association(NUSGA), hosted it’s annual Ridgefest concert at Rapids Theater in Niagara Falls.  The show opened with Casey Veggies and Mike O’Leary, and was headlined by platinum recording artist T-Pain. With a sold out crowd of more than 1000 people, it was an exciting way to cap off the end of the semester.

The show lasted only three hours, but was as captivating as one could hope. The crowd was thrust into nightlife with anthems and “club bangers” by Mike O’Leary, and was followed by the lyrical brilliance and powerful beats of California native, Casey Veggies. 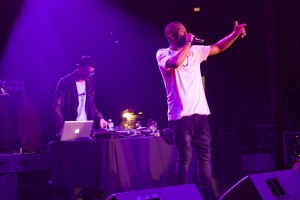 It is to be noted that T-Pain is still a musical genius, and a rambunctious entertainer. Dancing across the stage, singing timeless tunes like “Can’t Believe It,” “Bartender,” and “Buy U a Drank,” the lyrics were not lost upon the audience, enamored by the vocals of the Grammy Award winner. 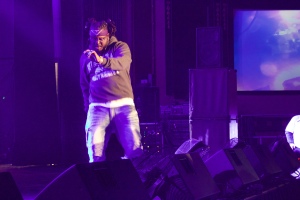 Kudos to those in CPB and NUSGA for a boisterous night of fun and enjoyment!