NIAGARA UNIV. N.Y.- If you made a list of the things college students can’t get enough of, money and food would both probably be near the top. When it comes to the later of the two, students’ thanks to their busier than ever schedules usually find themselves wanting food often throughout the day. For example, many students work the hockey home games at Dwyer, which are mostly on Friday and Saturday nights, or the basketball games in Gally that also take place those same days. But walk around Niagara University after 8 p.m. on those Friday or Saturday nights, and your odds of getting struck by lightning may actually be higher than the odds of finding food.

“On a few occasions I have wanted food late a couple of times,” said Marissa Schrimer, a freshman sport management major that also works many of those events. “I feel it is very inconvenient that there is nothing open because you pay for a meal plan, but on the weekends if you want food at late times like the average college student, you are forced to go off campus and spend money. If they just opened something on campus you could use a swipe or Gally Gold instead.” 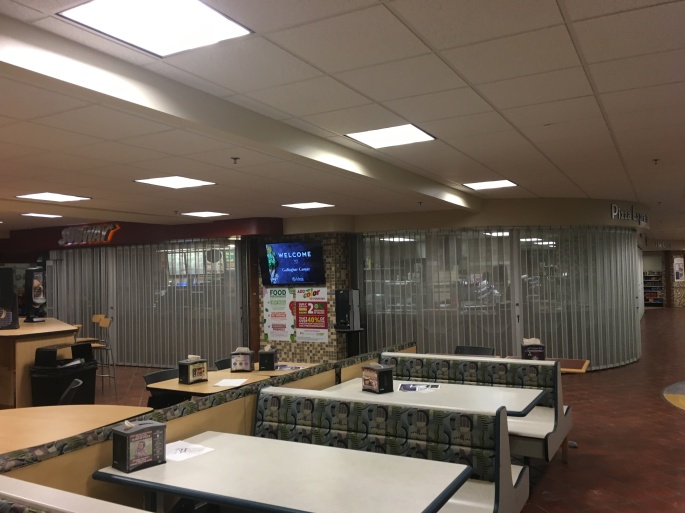 On those two nights of the week, everything located in the Gallagher Center closes by 8 p.m. and when it comes to food at the Dining Commons, by then their doors are shut as well. In a well intentioned but highly questionable move, the new addition to the Dining Commons is now open daily until 2 a.m., but is to be used as an extra study space as no food will be available to students during its late hours of operation. With the library’s first floor open 24 hours and the lower part of Gally being open until the same hour, many students are perplexed by the move, as not only are the two locations more conveniently located, but there being no food drives many students from going as well.

“I think it’s silly to have the dining hall open until 2 a.m. if they do not serve food,” said Schrimer.

While the situation can be described as disheartening, students do have solutions to the issue they would like to see implemented.

“ I think having The Grove open 24 hours would be nice,” said Amanda Brannan, a sophomore studying hospitality and tourism management. “For those students that work there, I’m sure they would love to have that as a possible way to make money, and they living on campus could be the employees that stay overnight.”

For Schrimer, the idea of opening something on campus late also sounds enticing.

“I feel that the school should be able to offer food later on the weekends if they are able to do it on the weekdays,” said Schrimer. If people had a place on campus to get food at night, they would make good use of it. To me, this is a doable thing for the university.”

2 thoughts on “Storming through a desert”